When we visit The Wilson House, we always make it a point to visit Emerald Lake State Park.
Emerald Lake was an important place for Bill and Lois Wilson.
The information below can be found in the A.A. conference-approved book, 'Pass It On'.
In my humble opinion, reading the book 'Pass It On' is critical to understanding the birth and growth of A.A.
It was at North Dorset Pond (now called Emerald Lake) that Bill Wilson's mother told Bill and his sister Dorothy that their
father Gilman Wilson had gone for good.  It was a very traumatic event for Bill.
I quote the book 'Pass It On' as follows:
"Then it was that mother told us that father had gone for good.
To this day, I shiver every time I recall that scene on the grass by the lakefront.  It was an agonizing experience for one who apparently had the emotional sensitivity that I did.  I hid the wound, however, and never talked about with anybody, even my sister."
The Burnham family, Lois Burnham Wilson's family, were from Brooklyn, New York.  They had a summer cottage or camp on Emerald Lake.
Emerald Lake was an important place for Bill and Lois during their courtship and throughout their lives.
Below are several photos of the lake and of the Autumn Colors that we enjoyed being able to witness on a pleasant afternoon during our October 2014 visit. 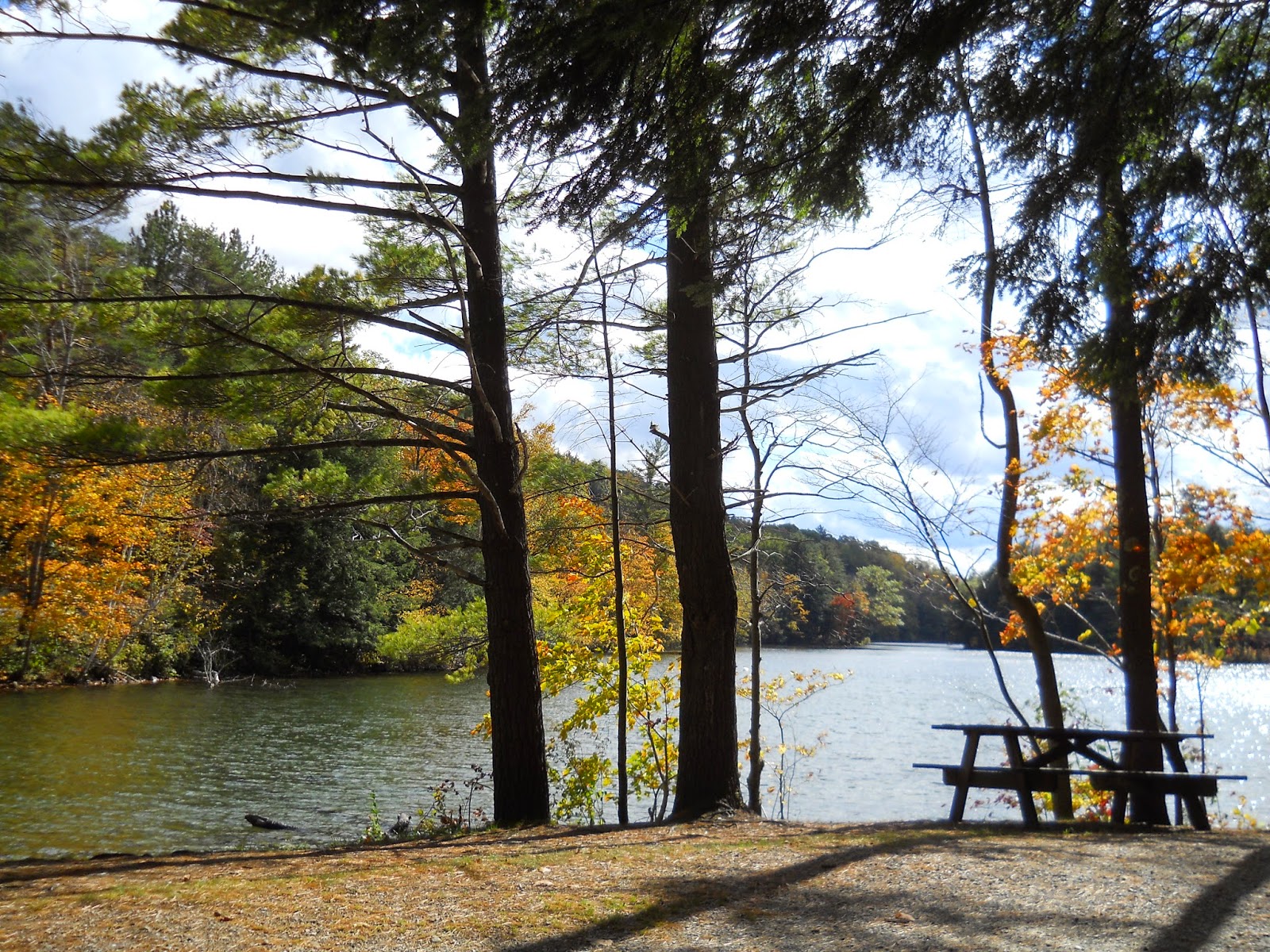 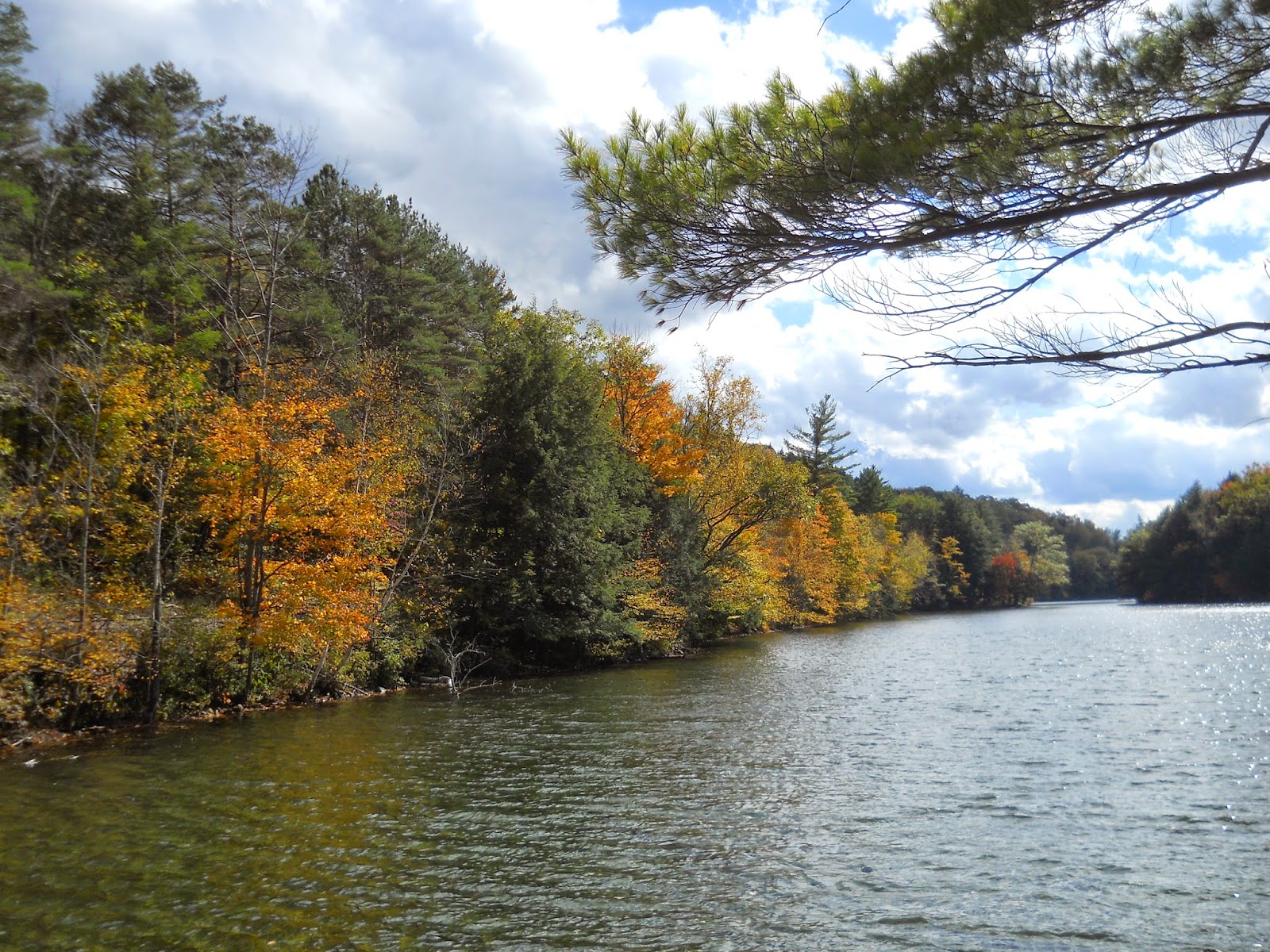 What a truly beautiful place Emerald Lake is. 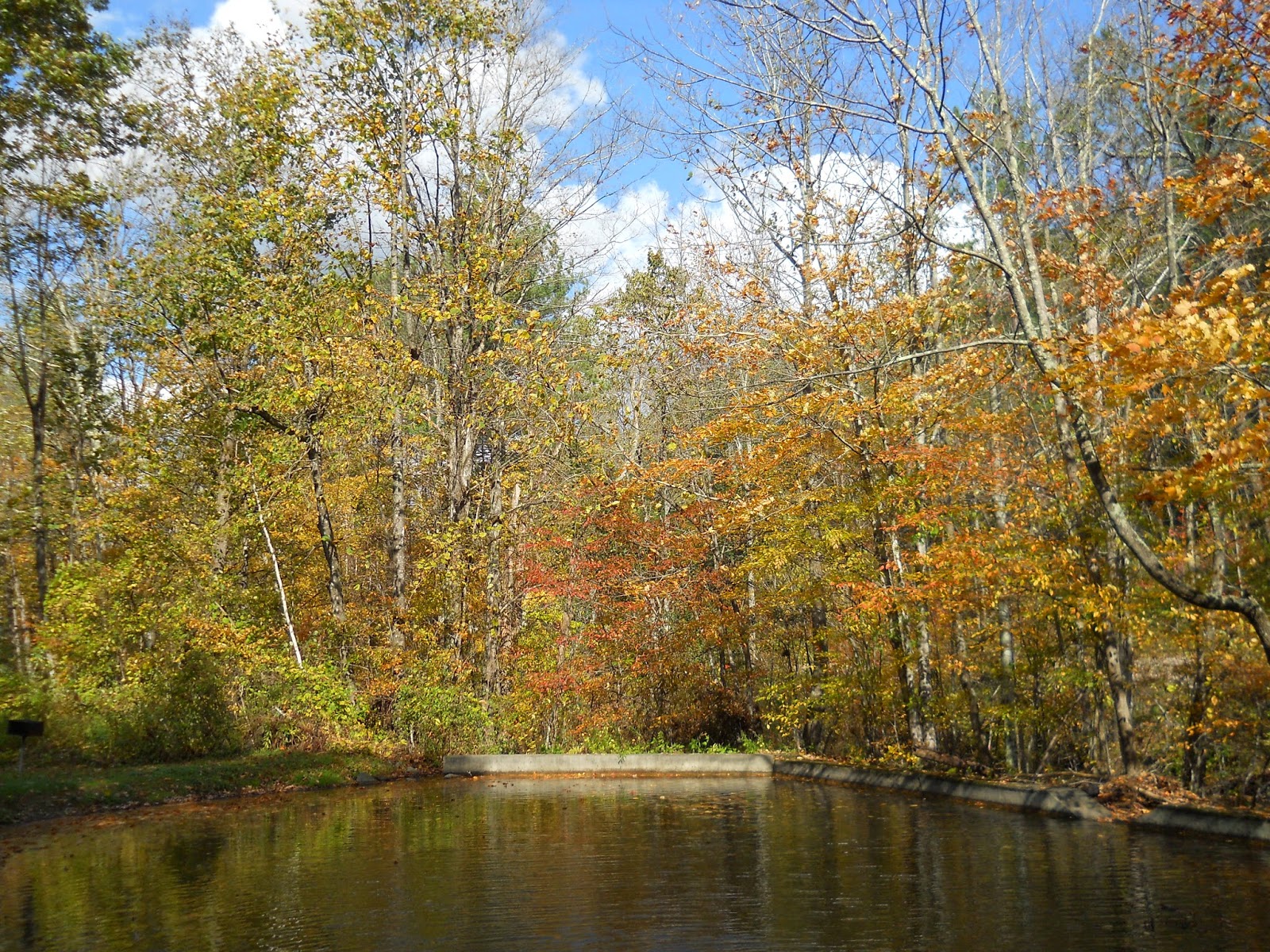 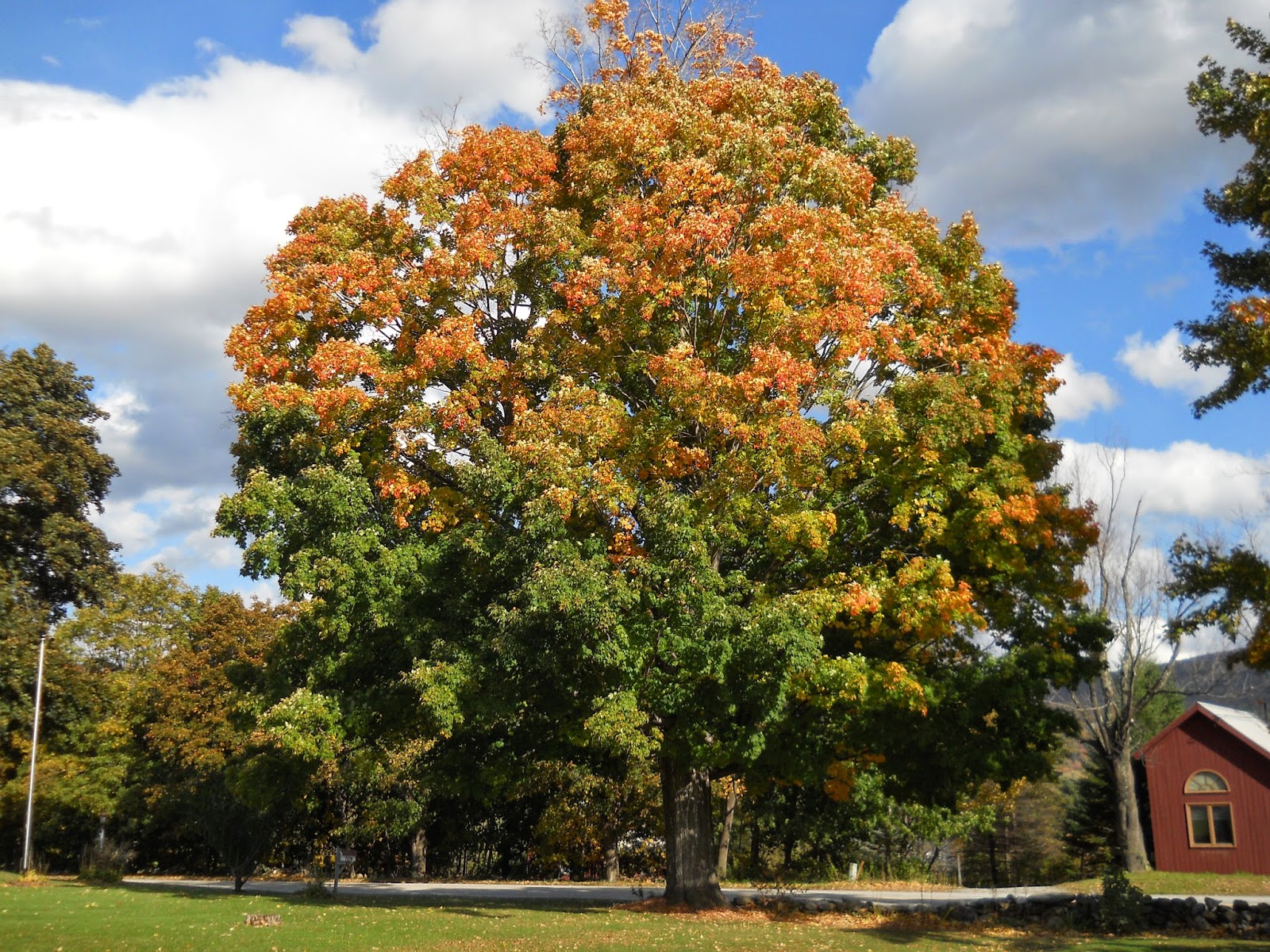 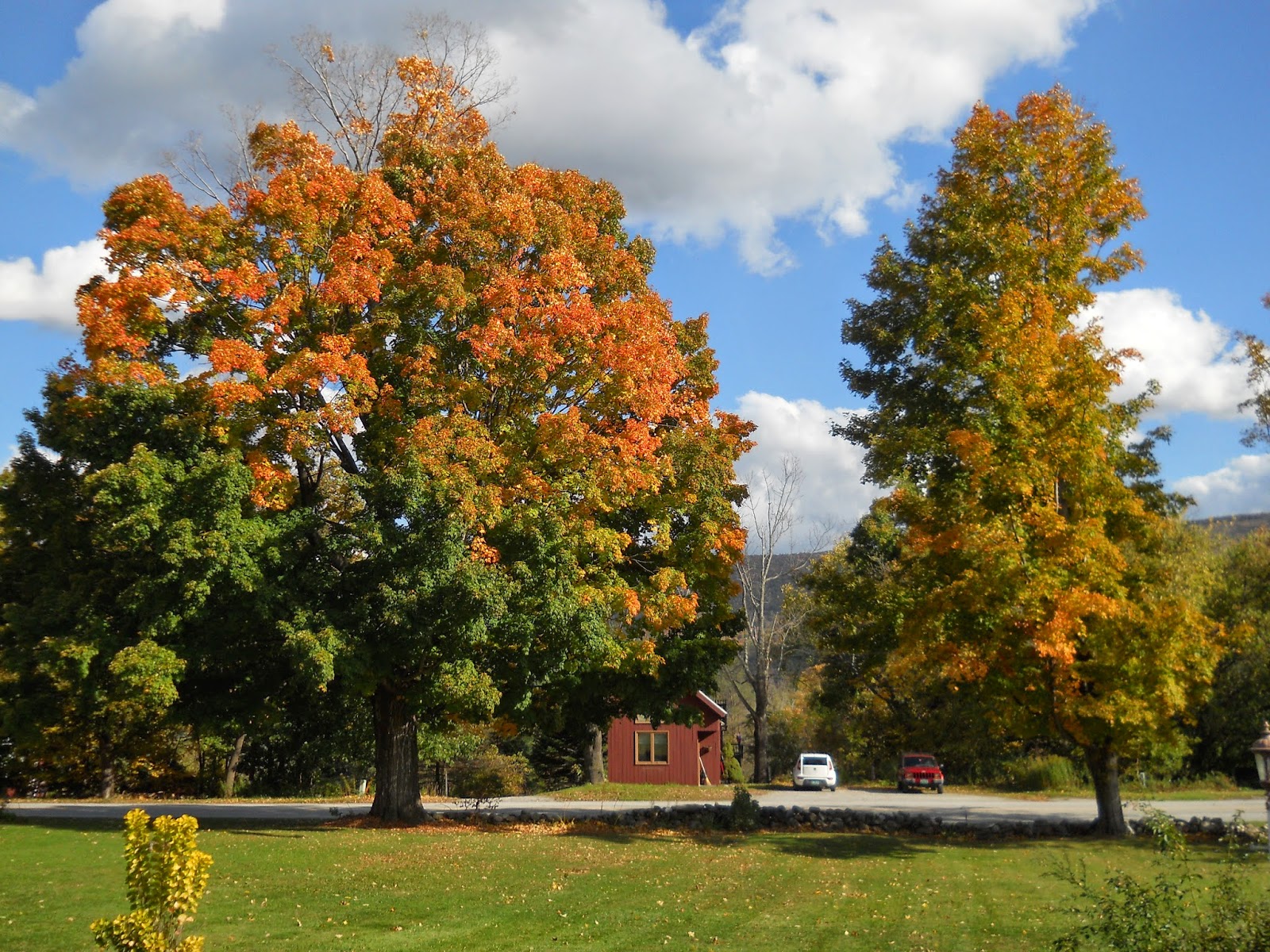 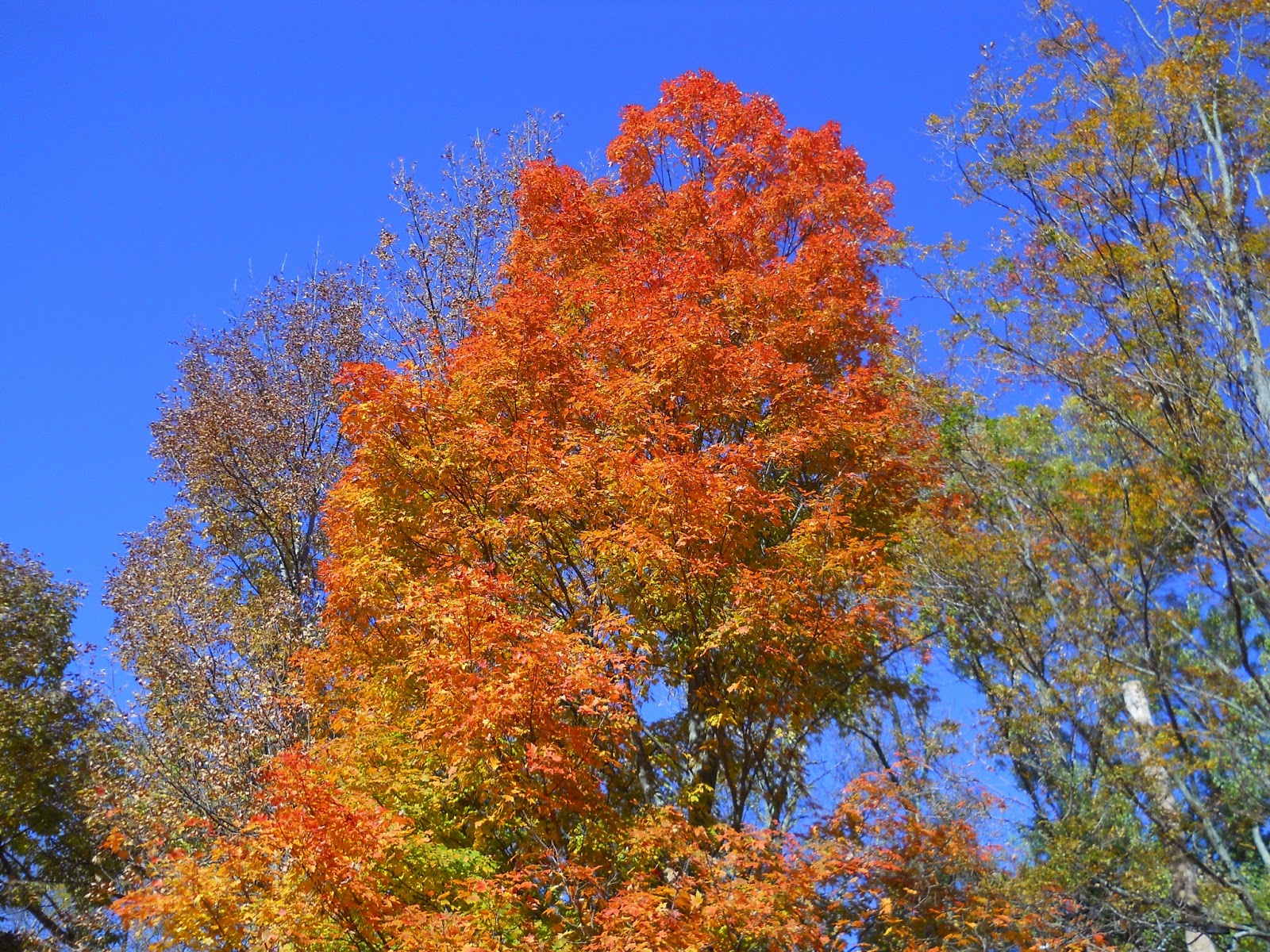 Stunning the colors of Autumn in New England.
This will conclude my five posts focused on Bill Wilson's birthplace and gravesite in East Dorset, Vermont.
To read the first four posts, continue to scroll down.
at 00:19
Labels: Bill Wilson, Emerald Lake, Lois Wilson